Anit-Vaxxers and Anti-Semitism - A Long History Together

Western pandemic conspiracy movements are not new. Their origins are to be found in the anti-Semitism of the “poisoning of the well” narrative, which developed as a Christian trope at the time of the bubonic plague in Europe in the 1300’s, when Jews did not typically succumb to the disease. Jews were usually physically isolated from the non-Jewish world, with strict Kosher laws forbidding the contact or consumption of many kinds of animals that spread disease, rules for maintaining clean and separate food chains from the general population, and having strong religious demands for daily personal washing and household cleanliness (from cleanliness requirements of bodily functions and sex, to how dishes and other cooking/eating utensils are cleaned and stored, to how farm animals are separately housed and managed outside of the home, to a ban on hunting as animals in the wild might contain disease, etc.). These rules and customs, which were quite different from the rest of Europe at that time, and they allowed the Jews to survive the plague when others did not. And so the Christian world blamed the Jews for the pandemic and committed atrocities against them in the name of this conspiracy.

The narrative has continued throughout the centuries and is still alive in modern times and poses conflict with many important vaccines and medicines that have been discovered by Jewish scientists, including, in part, today’s COVID-19 vaccines. Although the world has generally adopted a science-friendly set of values, the conspiracy theories of the “poisoning the well” trope continue as anti-Semitism continues to be an unspoken foundation of the current anti-science and anti-vaxxer movement (see the British government report findings below, in which they found 79% of all anti-vaxxer networks world-wide advocate anti-Semitism as a basis for rejecting vaccines). Most of us don’t read the postings, articles and discussions among the anti-science and anti-vaxxer networks, so many of us are unaware of these insidious conversations.

In addition, Jews have traditionally played a critical role in the science of discovering vaccines and medicines, including Waldemar Mordecai Haffkine, who discovered the vaccines for cholera and the plague in France and India in the late 1800’s, through Jonas Salk who developed the polio vaccine in the U.S. in the mid 1900’s. Over the past two centuries, Jewish scientists have helped discover and develop vaccines and methods for inoculation of smallpox, measles, diphtheria, tetanus, hepatitis B, bacterial meningitis, and many others, including the ground-breaking discovery of penicillin. Jerome Horwitz discovered AZT antiretroviral medication, which became the nascent foundation for combatting AIDS, a field in which many Jewish scientists worked. It was Jewish scientists who discovered the mammogram, leukemia pharmaceuticals, infant exchange transfusion for Rh hemolytic disease, fluid flow drip method for intravenous injection (invented by Dean Kamen, someone I personally knew in my childhood on Long Island, and who has 440+ patents for his work, many in the medical field, but also including inventing the Segway), and many other critical disease-fighting discoveries. (Henry Judah Heimlich himself was Jewish – he discovered the Heimlich maneuver). The list goes on, and while it may evoke pride within the Jewish community, it evokes a different sentiment among the Christian right – a distrust of “Jewish science.”

This role of anti-Semitism in the anti-vaxxer movement was recently studied in-depth by the British government who released a detailed report in October 2020 (“From anti-vaxxers to antisemitism: conspiracy theory in the COVID-19 pandemic” by John Mann, Britain’s independent government adviser on anti-Semitism), which began with an historic overview of blaming the Jews for the great plague through other epidemics up to the current COVID-19 pandemic. This study of anti-vaxxers across the globe concluded, “Most people are desperate for a safe and effective vaccine for COVID-19, as are governments across the world. Once a vaccine becomes available it will be essential to quickly sideline the conspiracy theories and misinformation of the antivaxxers. Exposing their links to antisemitism and age-old conspiracy theories can only assist the public health message, but in doing so government and civil society organisations must also combat the resurgence of antisemitism that, as this report evidences, is present in 79% of antivaxxer networks. Exposing the level of antisemitism amongst the anti-vaxxer movement now is therefore of the utmost importance.” The report noted one of the current anti-vaxxer movement’s symbols is the Nazi yellow Star of David used to identify Jews during Hitler’s time, only now replacing the term “Jude” (German for “Jew”) with the term “no vax” in the center made to look like Hebrew letters (see below).

ADL (Anti-Defamation League, the American organization focused on anti-Semitism) in their April 2020 report analyzed the underlying anti-Semitism of the anti-vaxxer movement. They, too, noted that the basis of the current anti-vaxxer movement is the idea that COVID-19 is seen as “a tool for Jews to expand their global influence,” where “Jews will not only profit from a vaccine but will also exploit desperation by overcharging for it and limiting availability.” The report states that, “As the coronavirus continues to surge globally, virus-related conspiracy theories are proliferating online. These antisemitic, xenophobic, hateful messages spread misplaced blame and misinformation, making it more difficult to access accurate information while elevating fear and anxiety. While some of these messages are new, many are simply old tropes repackaged for a modern pandemic.” They noted the use of the “greedy ugly Jew” meme pushing the sale of COVID-19 vaccine (see below).

These kinds of beliefs and symbols further perpetuate the abundance of centuries of historically Christian conspiracy theories about the dangers of “the Jew,” such as the age-old “blood libel” conspiracies about Jews murdering Christian children, the conspiracies about Passover where Jews were believed to need Christian bodies for ceremonies, the Good Friday “perfidious Jews” conspiracies, and many others, all aimed at a distrust of the Jews and their nefarious motives against the Christian world. These conspiracies formed the foundation for atrocities throughout the centuries, including giving permission to the Nazis for the Holocaust.

What is behind this? Judaism, as its core, is not a religion of belief, but one of debate. Over the centuries, the Talmud teaches Jews to question everything and to propose alternative hypotheses through thoughtful examination and discussion. Education and intellectual discipline are pervasive Jewish values. And these values have inspired Jews to seek scientific methodology as a mechanism for understanding the universe, the world and humankind. In addition, Judaism is a religion that focuses on the key concept of “tikun olam” (Hebrew for “fix the world”). Judaism demands that each Jewish person is obliged to improve the world in a meaningful way during their lifetimes; legacy is the Jewish concept of life ever-after. And so, Jews are disproportionately attracted to the pursuit of scientific research and development, including the area of medicine. Over 22% of all Nobel Prizes have been awarded to Jewish people, including such names as Albert Einstein for creating the discipline of modern physics, Emmy Noether for creating the discipline of abstract algebra, to name a few. And yet, Jews only represent 0.2% of the world’s population (and only 2.5% of all people in the U.S.). Intellectual analysis is simply a crucial part of the Jewish experience, psyche and aspiration.

As a result, Jews are often equated with scientific and mathematical thinking and are viewed as the enemy by the anti-science and anti-vaxxers, throughout history and now during the COVID-19 pandemic, questioning the legitimacy of the vaccines that can eradicate the disease. It is important to understand the role of bigotry in this movement. It is real and it is based on centuries of distrust of the “other,” particularly of the Jews.

For COVID-19, the two key players in the vaccines (Pfizer and Moderna) are heavily Jewish, and include Muslim, people of color, and immigrants. Albert Bourla is Jewish and the CEO of Pfizer and the son of Holocaust survivors. Mikael Dolsten, the head scientist at Pfizer, is Jewish. They are working with Ugur Sahin and his spouse Ozlem Tureci who are Muslim and founded BioNTech in Britain and they developed the BioNTech’s vaccine, which is now part of Pfizer. For Moderna, Kizzmekia Corbet, a black American scientist is the key scientist behind their vaccine. She works with the Israeli Jewish scientist Tal Zaks who is Chief Medical Officer at Moderna. And, the scientists responsible for the groundbreaking work in creating the new mRNA vaccine technology (which is the basis of the COVID-19 vaccines) is Jewish scientist Drew Weissman (no known relation) who worked under Anthony Fauci at the National Institutes of Health, and at the world-renowned Weizmann Institute of Science outside of Tel Aviv for his Ph.D. work, along with Katalin Kariko, an immigrant from Eastern Europe. Both of them worked at University of Pennsylvania in the research and development of new vaccine methods.

The COVID-19 vaccines are the works of a diverse and brilliant group of scientists in the U.S., Europe and Israel, with many Jews and other minorities among them, who are often viewed by the Christian right as people who are undeserving of trust, even though these people are heroes saving the human race from this horrific pandemic.

Yet, the anti-science and anti-vaxxers continue, and we all need to understand that much of their call to conspiracies is based on centuries of anti-Semitism, and for these people, that kind of hatred continues and expands to include other minorities whom they view as deceitful as well. We must uncover these ugly truths if we are to inoculate the nation and squash these dangerous conspiracists. We must embrace a culture of medical progress based on scientific analysis, and not age-old tropes of fear and prejudice. 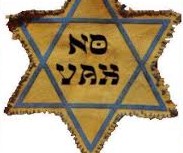 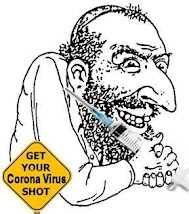 Posted by Rich Weissman at 9:36 AM